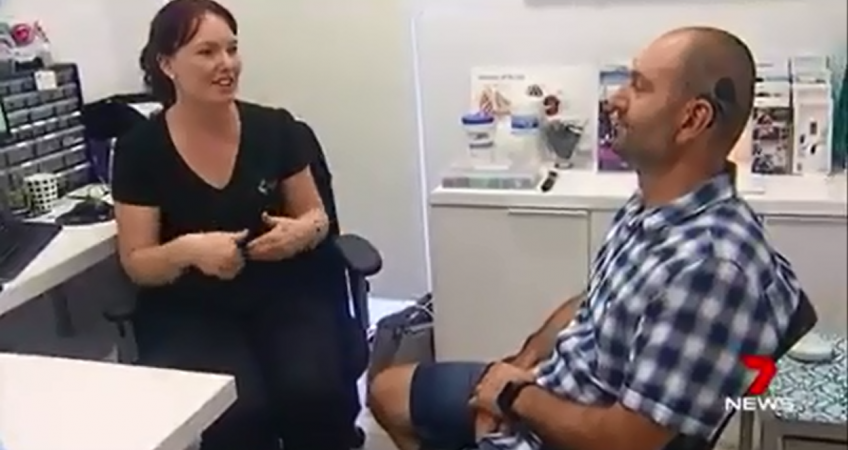 Gus Sacco, Cochlear implant recipient – “Text messaging and Facebook were my main means of communication, because being able to hear people on the phone was near on impossible”.

But that changed, after he had life changing surgery and a cochlear implant was switched on.

Gus Sacco – “The difference of being able to understand speech is just incredible”.

He’s the first participant in a new program for implant candidates and recipients in Mackay.

Audiologist, Jodie Miles, launched the only support service which is open six days a week.

Jodie Miles, Mackay Hearing Principal Audiologist – “If they have an issue, that’s their hearing gone, they don’t have a back-up they can just put on. So it’s really important to have that support locally”.

The implants replace damaged hair cells in the cochlear.

After travelling to Townsville or Brisbane for surgery, patients need months of intensive training to adjust to their new world of sound and now, help isn’t far away.

Jodie Miles – “Especially in the first three months it’s really important to see people weekly, then fortnightly, then drop back to monthly”.

Gus Sacco – “That’s important to me because without this little thing on my head now, I probably really would struggle to hear”.